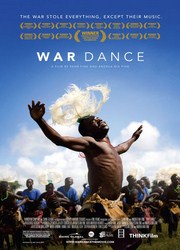 Rose, Dominic and Nancy are three teenagers who, along with thousands of other Ugandese students, travel to the capital, Kampala, to take part in the important yearly contest of music and dance. They represent the school of Patongo refugee camp, the only home they have ever known. Rose, Dominic and Nancy sing and dance to forget that there is not much in store for them, that they live off international charity and above all, to get over the horror of having survived the murder of their families. Beside, Dominic not only saw his own family die, he himself had to kill: he, just like more than half of the boys in his class, has been a child soldier.