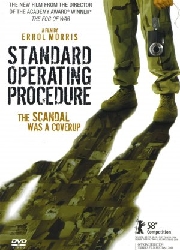 Can a photograph change the world? In 2004, twelve photographs taken at the prison at Abu Ghraib in Baghdad changed the war in Iraq and had considerable consequences for the way the USA sees itself as a nation. The photographs portrayed Iraqi prisoners being humiliated and tortured by American soldiers. The pictures were taken by members of the army who had been deployed as prison warders. One important question remains unanswered: do these notorious images provide proof of systematic torture at the hands of the American Army? Or do they document the abnormal behaviour of a few moral deviators?
In his feature documentary, Errol Morris explores the meaning of these images by examining the photographs in their context. Why were they taken? To what end? What was happening outside the frame of each image? Morris spoke both to the soldiers who took these photographs and to those who appear in them. Who are these people? What went through their minds at the time? Errol Morris spent two years conducting interviews and studying files. Everyone knows these photographs, but only a few people know what really happened in Abu Ghraib.
At the time, many journalists were looking for incontrovertible proof of crimes in Abu Ghraib. This film illustrates that the prison itself is the proof. Errol Morris’ film is about America and the Americans. A film about the loss of innocence that has affected the entire country – not just the morals of a handful of soldiers.